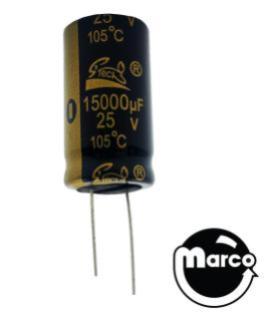 Decades old power supply capacitors dry up internally and start to fail causing game resets, lock-up during play, or no boot-up at all.