"Drop target assembly - Stern SEI 3 bank" has been added to your cart. 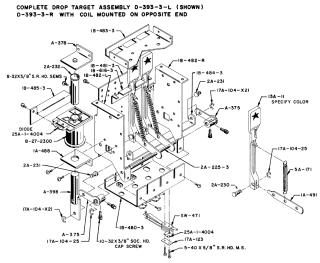 NOT CURRENTLY AVAILABLE. Listed for reference.