"CD-ROM GAMEROOM Magazine Archive Vol 4" has been added to your cart. 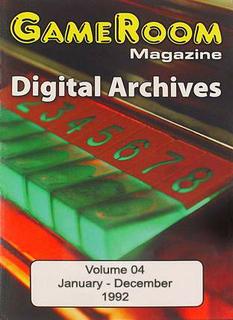 #GRM04
1992 complete production of GameRoom Magazine, restored and preserved in Adobe PDF format, with an integrated browser, all on one CD! It's the perfect way to complete your GameRoom Magazine collection, and the ultimate GameRoom reference tool: all the reviews, news, restorations, interviews, and more -- just a mouse click away!